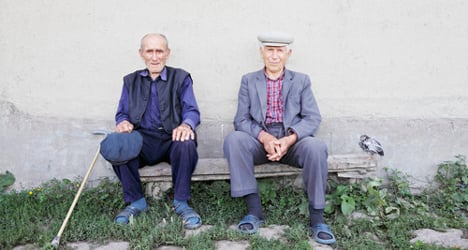 Italy came 39th out of 96 countries ranked in the Global AgeWatch Index 2014, compiled by HelpAge International.

According to the index, Italy falls far behind the majority of other countries in western Europe for the wellbeing of older citizens. Italy did, however, come above eight other EU countries including Malta (55) and last-place Greece (73).

Retirees would do best to head north, with Norway taking the top spot for older people’s wellbeing. Neighbouring Sweden came in second place, followed by Switzerland and Canada.

Italy fell behind in safety, with just 55 percent of people over 50 saying they felt safe to walk around at night.

Italy also performs badly in the employment stakes, with only 40.4 percent of people aged 55 to 64 in work. Education rates are low among the over-60s, with 41.1 percent having secondary or higher education.

Italians do, however, have strong social connections, with 91 percent of people having friends or relatives they can turn to when in trouble.

Life expectancy is also high in Italy, at 85 years, above the European average. Italians can expect to live in good health until they are 78.5 on average, while the over-50s also have good mental wellbeing.