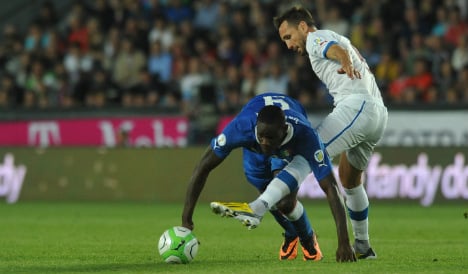 Italy, who crashed out of the World Cup at the first round for the second successive time last summer, began their Euro campaign with a 2 0 win over Norway last month.

Balotelli had been left out of Conte's squad for the trip to Oslo and, amid a mitigated start at Anfield for the former Milan striker, and he has once again been left on the sidelines.

The other big surprise to the squad is the inclusion of 20-year-old Empoli defender Daniele Rugani among a backline which includes established names like Juve trio Leonardo Bonucci, Giorgio Chiellini and Angelo Ogbonna as well as Inter's Andrea Ranocchia.