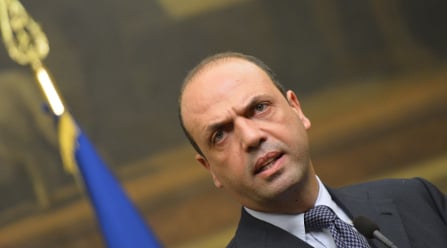 Several councils of major cities across Italy, including Bologna, Milan, Pisa and Genoa, allow gay couples who wed abroad to register their marriages, even if it is only symobolic and not legally-binding.

But in an interview with RTL radio on Tuesday, Alfano said the authorities must scrap the marriages so far registered because "in Italy, same-sex marriage isn't possible".

"…so if people of the same sex get married, those marriages can't be transcribed into the Italian State civil registries, for the simple fact that the law doesn't allow it," he was quoted as saying by Ansa.

If cities fail to remove the marriages from their registries, then the government will move to annul them, he added.

Alfano's message to the regional and local authorities comes despite him saying in June that he was open to discussing the legalization of same-sex civil unions.

His comments also come a day after it was revealed that a public sector company in Sicily granted a gay employee the same 15-day marital leave entitlement that straight staff members get, a move described by Italy's biggest gay rights group as "a very important precedent".