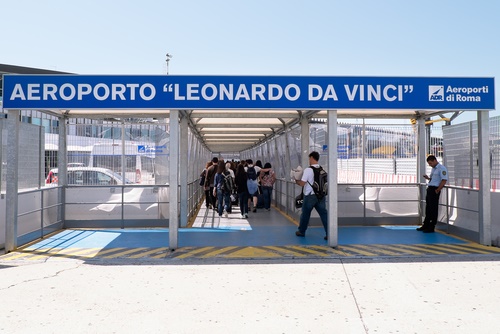 The Turkish airlines flight was diverted to Rome’s Fiumicino airport as part of an emergency procedure after two passengers fell ill, Corriere reported.

The two passengers, a Bangladeshi woman and her four-year-old child, were taken to the capital’s Spallanzani hospital.

An initial examination, however, did not reveal symptoms of the Ebola virus.

The other passengers were made to fill out forms with their contact details but were not quarantined.

The alert is just the latest Ebola scare in Italy.

On Monday morning a man who suddenly became ill at the immigration office in Rome suffered a seizure and was suspected of having contracted the Ebola virus. However, this turned out to be a false alarm.

Italy's Ministry of Health has allocated €5 million and dispatched 88 doctors and 216 technicians to ports and airports to deal with suspected Ebola cases.

Health minister Beatrice Lorenzin is meeting European counterparts in Brussels on Thursday to discuss how to counter the virus at a European-level.

A 53-year-old doctor, who was being treated in Rome after coming into contact with a colleague infected with Ebola in Sierra Leone in September, tested negative for the virus, Lorenzin announced last Thursday.

The virus has so far killed more than 4,000 people in West Africa.

Meanwhile, doctors in Spain have their fingers crossed for Teresa Romero, a nursing assistant with Ebola, after her condition improved on Monday.