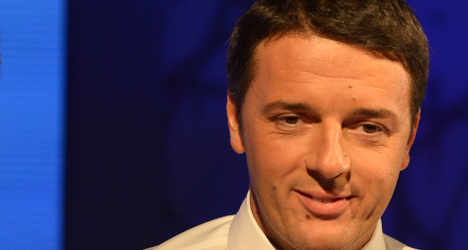 At a business conference in Bergamo, the premier also promised €1 billion in tax breaks to employers who hire new staff next year on permanent contracts.

He said taxes would be reduced by €18 billion next year, while €6.5 billion will also be cut from Irap, the widely-criticized regional labour tax.

"We're not going anywhere unless we recover confidence," Renzi was quoted in La Repubblica as saying.

"We need to change, but we also need the courage not to resign."

But his pledges were met with jeers by a delegation of factory workers, who are opposed to his controversial labour reforms which will make it easier for companies to hire and fire.

Protests against the reforms are planned on October 25th.