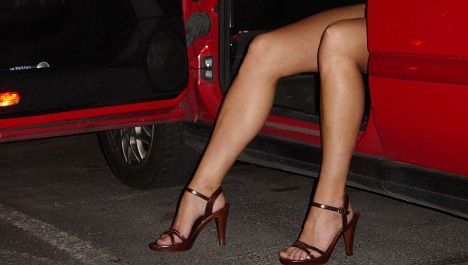 GDP rose slightly from a 0.1 percent decline for the first quarter to a flat reading thanks to illegal activities such as prostitution. File photo: Stefan Andrej Shambora

GDP rose slightly from a 0.1 percent decline for the first quarter to a flat reading, the national institute of statistics said.

Although ISTAT confirmed a 0.2 percent decline for the second quarter, the revision of the first quarter data meant Italy had escaped its third recession in the last six years.

The economy must contract for two consecutive quarters, from output in the previous quarter, for a country to be technically in recession.

The new system, known as SEC 2010, aims to facilitate comparison of data between countries, regardless of whether or not they have legalized prostitution and decriminalized drugs — activities already included by some in their GDP calculations.

The revision brings a bit of extra breathing room for Prime Minister Matteo Renzi's government, which is struggling to boost the economy and implement reforms whilst keeping the deficit below the EU's 3.0 percent ceiling.

Black, or undeclared, market revenues are also expected to help reduce Italy's debt to GDP ratio, which stands at a 132 percent, more than twice the EU ceiling of 60 percent.

ISTAT said it expected Italy's GDP to fall 0.3 percent in 2014. The finance ministry has forecast a return to growth in 2015, with a rise in GDP of 0.6 percent.