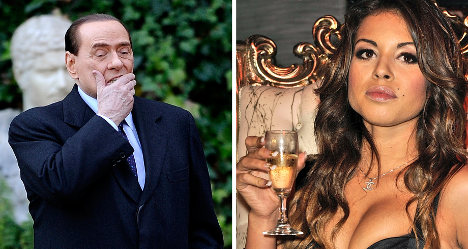 The billionaire was found guilty in 2013 of having paid buxom, Moroccan-born Ruby – whose real name is Karima El-Mahroug – for sex when she was just 17 years old.

But in a surprise move in July, a Milan appeals court overturned Berlusconi's suspended seven-year prison sentence and lifelong ban from holding public office on the basis that his actions "did not constitute a crime".

In the summary of its decision, published within the three-month legal limit, the court said there was "certain proof… of prostitution at Arcore on the evenings when Karima El Mahroug was present," referring to parties held at the ageing magnate's luxury villa near Milan.

But it found that the accusation that Berlusconi knew Ruby was underage was "not adequately supported by evidence."

It also overturned his conviction for pressuring the police while he was still prime minister to release the Moroccan-born dancer from custody when she was arrested for theft.

He said he only made the call because he thought she was then-Egyptian president Hosni Mubarak's niece, and the court found there was no threat made.

The case could still go for review before the supreme court.

The three-time premier – who has ambitions to return to the political scene – is plagued by a host of other legal woes.

He is currently on trial for allegedly bribing a senator with €3 million ($4 million) in 2006 to join his party and destabilise a centre-left government.

In another case, prosecutors have requested that he face trial on suspicion of paying off a pimp to provide false testimony in an investigation into prostitutes who attended parties at his residences in Milan and Rome.

Berlusconi is also being investigated for allegedly paying off witnesses – young women who attended his soirees – to provide false testimony in the Ruby trial.

The charges in that case have not yet been formally levied.