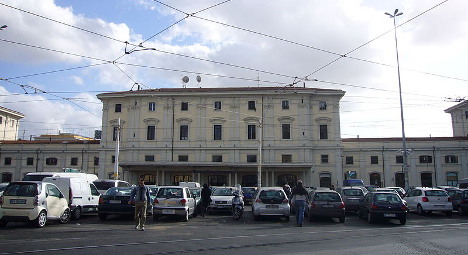 The 38-year-old homeless woman, named only as Laura, is regularly seen sleeping in the lobby of Trastevere train station in central Rome, Corriere della Sera reported.

So when she was asked to give her official address to the authorities after a series of run-ins with police, it was the first place that came to mind.

As a result, Laura must now spend her nights at the station under “special surveillance” from 9pm until 7am in the interests of “public security”.

Any attempt to go beyond the limits of the station could result in her immediate arrest.

But while the arrangement may have complied with the court’s bureaucratic requirements, staff at the station weren’t so impressed.

When staff approached the woman to tell her to leave so that they could close the station down for the night, the woman took out a notice from the court requiring her to stay within the station at night.

This isn’t the first time a homeless person has been forced by law to stay in a public place.

Last year a homeless man in Milan was sentenced to house arrest on the street on Via Vittor Pasani, close to Milan's train station.