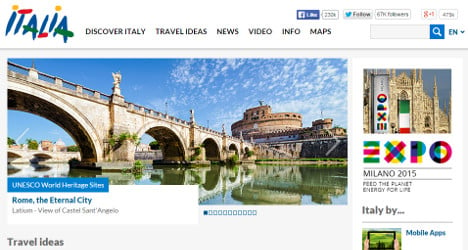 In a letter of resignation sent to Italian Prime Minister Matteo Renzi and Culture Minister Dario Francheschini, Arturo Di Corinto, director of Italy's official tourism website Italia.it, said that he had not been paid for eight months.

“I find it unjust and not very dignified to continue to work without being paid,” Di Corinto said, according to Il Fatto Quotidiano.

The culture ministry (Mibact) recently ended its contract with Unicity, the company that manages Italia.it, with the result that Unicity stopped paying staff at the site.

The website is now controlled by Enit, the National Tourism Agency. But without the financial means or editorial staff – which has been reduced to just three people from 20 –  it faces possible collapse. The project has cost around €20 million, Corriere della Sera reported.

Since the website was launched in 2007 it has published a series of faux-pas including botched translations and erroneous photos and has become famous in Italy for its waste of public funds.