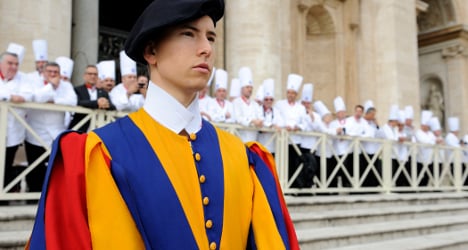 It includes recipes for dishes such as the "Dulche de Leche" a milk-based dessert created in Argentina a century ago which made its way to the Vatican's tables in 2013 with Pope Francis.

There is also the Polish pierogi, or dumplings of unleavened dough traditionally stuffed with potato filling, sauerkraut, meat, cheese or fruit – a nod to the late pope John Paul II – and Bavarian delicacies favoured by Pope Emeritus Benedict XVI.

"A soldier can only fight and wage war when he has eaten well, and enough," said Daniel Anrig, the head of the Swiss Guards. 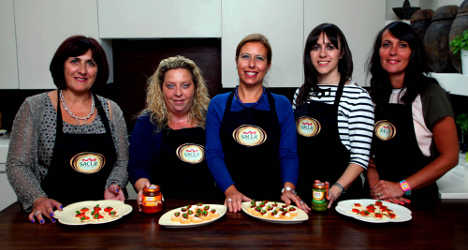 The women opening their kitchens to British students. Photo: Sacla

Five Italians living in the UK are inviting students to their homes to be taught basic Italian recipes that will see them through the academic year.

Mary Sherwood, the daughter of Sicilian parents, will open her London home to students next month. She told The Local that Italian food appeals to students because of its simplicity.

“As long as you use good ingredients you can make an excellent Italian meal,” she said.

Sherwood always cooks from scratch and is already teaching her four-year-old son his culinary skills, but she said the same cannot be said for the majority of British parents.

“Some mothers would teach their children how to cook, but the number is very low in general,” Sherwood said.

The students will be learning a range of Italian dishes, including risotto and pizza.

“If I manage to teach one student how to cook one dish, I’ll be happy. If it’s more I will be even happier,” Sherwood said.

Watch a video about the campaign: