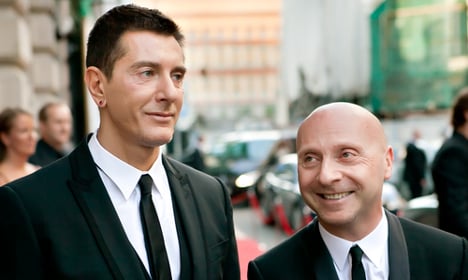 "We have always been honest and we are extremely proud of this recognition by the Italian Court of Justice. Viva l'Italia," the two fashion house chiefs said in a statement on Friday.

The Italian Supreme Court of Justice found Domenico Dolce and Stefano Gabbana not guilty of tax evasion. "We have… pic.twitter.com/ZUQUkcK9gW

In April an Italian appeals court had upheld a guilty verdict against Dolce and Gabbana for evading taxes totalling €200 million.

Dolce and Gabbana, whose celebrity clients include Beyonce and Madonna, were accused of having transferred control of their brands to a shell company in Luxembourg in 2004 and 2005 to avoid paying Italian taxes.

Prosecutors had argued that setting up the Luxembourg company Gado – an acronym of the surnames of the two designers – while the operation was being run out of Italy was a bid to defraud the state.

They were found guilty in June 2013, and given 20-month jail sentences, which they appealed.

Dolce and Gabbana were originally accused of tax evasion of around €1 billion, but the court ruled that just €200 million of that sum was relevant.

On Friday the Supreme Court annulled the conviction, declaring that the prosecution case was "unfounded" and ending the case, Italian media reported.

READ MORE: D&G protest – 'How can we accept being branded tax evaders?'