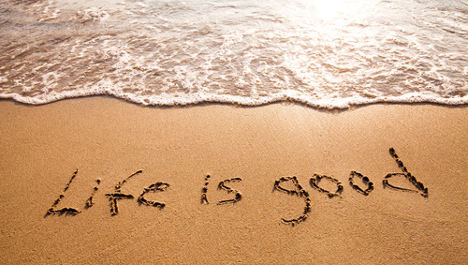 Foreigners in Italy are much happier with their lives than Italians, according to Istat. Life Satisfaction photo: Shutterstock

Some 60.8 percent of foreigners polled gave their level of life satisfaction eight or more points out of 10, compared to just 37.2 percent of Italians.

Istat said in a statement that women and young foreigners were among the most satisfied.

The majority of foreigners – 58 percent – said they were satisfied with their jobs, with people from the Phillipines and Moldova having the most job satisfaction.

People from Ukraine and China, meanwhile, were the least satisfied with their employment.

The report didn't explain why foreigners were more satisfied with their lives, but other recent reports provide some clues.

Notably, a report by Eurostat in July showed that foreigners in Italy were more likely than locals to be in work, in contrast to most other EU countries, in which unemployment among immigrants is higher than the average.

Employment among working-age foreigners in Italy stands at 61.9 percent, a notch above the local rate of 59.5 percent, the EU statistics agency said.

Foreigners are also increasingly taking over traditionally Italian business sectors, such as food and textiles, thanks to their innovative approach and willingness to take risks.

The number of small businesses owned by immigrants also surged 44 percent between April and June this year as they snapped up failed Italian firms at bargain prices.

"They take many more risks, they work hard,” Indra Perera, the chief of the Rome unit of the National Confederation of Artisans and Small and Medium-sized Enterprises (CNA), told The Local in September.

Meanwhile, a survey last year found Italians to be among the unhappiest in Europe. An expert told The Local this was mainly due to the bleak economic climate.