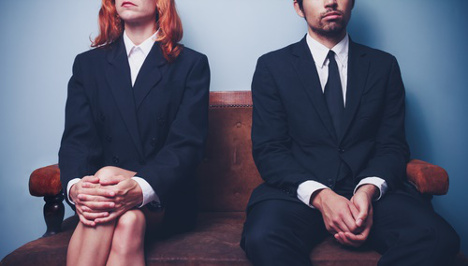 More than three quarters of jobseekers in Italy are unhappy with recruitment process used by employers. Job seekers photo: Shutterstock

The annual survey found only 23 percent – the lowest among the 31 countries surveyed – of candidates polled in Italy were content with the recruiting process.

Jobseekers in Sweden, Portugal, Hungary, France, Malaysia and Australia were the next least satisfied with the process, all falling below the global average of 50 percent.

Among the frequent complaints from job seekers was that their online applications often met with no response.

Another of the concerns was receiving a reply saying that the post was already filled only to see it later re-advertised.

Close to three-quarters of those surveyed globally wanted to see better job descriptions for vacancies, as well as clear and regular communications about the hiring process, the survey showed.

In the Europe, Middle East and African region, Kelly Services said only 32 percent of candidates were satisfied with the communications process of employers after an interview.

The least satisfaction was found (21 percent) for awareness of salary range.

In Italy and many continental European countries pay for jobs is frequently not advertised, unlike in the US and the UK.