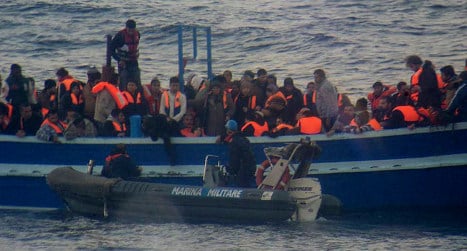 "Mare Nostrum ends. Italy has done its duty," he said, adding that the government had spent some €114 million on the massive naval operation since two deadly shipwrecks in October last year left over 400 people dead.

"There will be a phase in which Mare Nostrum will accompany Triton, which will last two months," he said.

Although the rescue mission is being shelved, the country will continue to abide by "the laws of the sea" under which ships which spot migrants in trouble are obliged to rescue them.

Italy's determination to shut down the costly operation has been denounced by aid agencies, with the UN's refugee agency saying on Friday it was "very worried about the ending of Mare Nostrum."

"A proper search and rescue effort needs to be maintained, otherwise people will continue to die," UNHCR spokesman William Spindler told reporters in Geneva, adding that the UN body did not think "Triton" – which will involve patrols limited to EU waters – was enough.