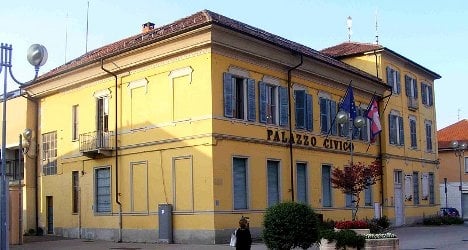 Last week Claudio Gambino, the mayor of Borgaro, sparked outrage when he announced a proposal to separate members of the Roma community from other residents after reports of passengers being robbed and abused on the bus line.

Under the plans, a new bus would be put on to parallel the 69 route and end at a Roma camp, in the town north of Turin.

“Two lines, one for us and one for them…I will talk to the police commissioner about it, it seems to be the only solution,” Borgaro was quoted as saying.

Reaction to the proposal was swift, with some comparing it to the segregation policies of Apartheid South Africa.

On Friday La Stampa reported that ticket inspectors would now operate on the bus route to stop passengers from boarding without tickets as well as extra police officers to boost security.

“It was decided that the route would be 100 percent safe, because as well as the ticket collector on the bus, which will be equipped with CCTV, there will also be municipal police officers,” Gambino was quoted as saying by La Stampa.

“We only hope that this solution will last forever and will not vanish as soon as the spotlight turns away from this issue,” he added.

“I urge Borgaro residents who use the bus to report any abuse, threat or offence and to allow police to be able to unmask the perpetrators.”