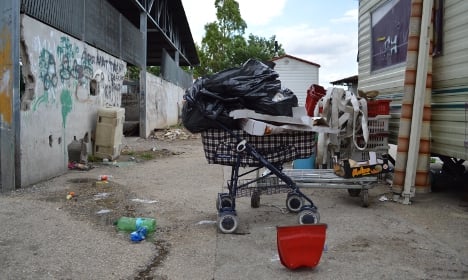 The Commission has written to the Italian government warning that the EU “could decide to start an infringement procedure”, Roma rights association 21 luglio said.

The EU’s executive arm has reportedly requested information on Roma accommodation in Italy, the only country in Europe to build camps specifically for the Roma community.

Drawing on La Barbuta camp in Rome, the Commission said it was concerned about Italy housing people “on a very remote and inaccessible site, fenced in with a surveillance system”.

Such a scheme “seriously limits fundamental rights of those concerned, completely isolating them from the surrounding world and depriving them of the possibility of adequate work or education,” the Commission letter said, according to 21 luglio.

The exchange of letters was confirmed by Commission spokeswoman Mina Andreeva, who told The Local that the Italian government had provided the EU with information on the Roma community's access to housing. "Should there be any more outstanding questions, we will follow up if necessary," she said.