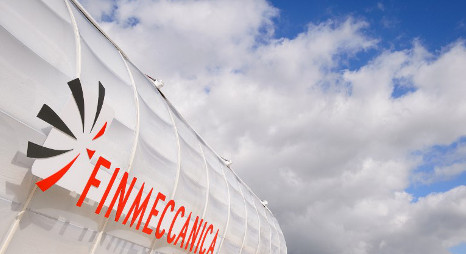 Finmeccanica, the defense and industrial group, is among the Italian firms said to have struck secrets tax deals in Luxembourg. Photo: Leon Neal/AFP

The companies, which included Pepsi, Ikea and Amazon, were exposed in documents leaked to the International Consortium of Investigative Journalists (ICIJ).

The ICIJ described the landlocked European duchy as a “magical fairyland”, with some companies paying a tax rate of less than one percent on profits, made possible through a complex structure that allowed them to funnel profits to Luxembourg from high-tax countries.

“A Luxembourg structure is a way of stripping income from whatever country it comes from,’’ Stephen E. Shay, a professor of international taxation at Harvard Law School and a former tax official in the US Treasury Department, told ICIJ.

The findings will put Jean Claude Juncker, Luxembourg’s ex-prime minister and the recently appointed chief of the European Commission, in a tricky position.

Juncker, who stepped into the EC post on November 1st, helped transform Luxembourg from an economy once based on farming and steel production to a low-tax haven for business.

He came into the EC position shortly after the commission expanded an inquiry into Luxembourg’s tax incentives, which included tax arrangements with Fiat Finance, a unit of the Italian car manufacturer, Apple in Ireland and Starbucks in the Netherlands.

“No way are these sweetheart deals,” Nicolas Mackel, chief executive of Luxembourg for Finance, a quasi-governmental agency, told ICIJ.

“The Luxembourg system of taxation is competitive – there is nothing unfair or unethical about it.”