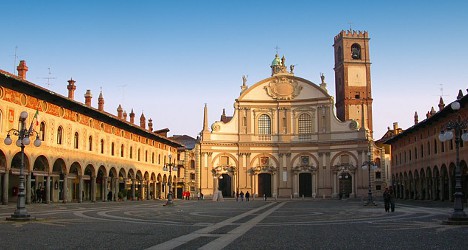 Although the pair did not live together, they shared a water meter which was in Pascale’s name. The deadly row was prompted by Girotto having not paid his share of the bill, La Repubblica said.

Girotto reportedly walked off mid-argument and returned with a shotgun, firing at his neighbour at close range. Pascale died at the scene from the gunshot wound to the throat, the newspaper said.

When police arrived Girotto had run off, but returned around ten minutes after the shooting and was promptly arrested.

The case is not the first of its kind in Italy this year. In January, an 80-year-old man attacked his neighbour with a hammer, allegedly trying to kill her because she hoovered too loudly.

While the woman survived the attack, a 64-year-old man in Spain was not so lucky when he angered a neighbour. The Spaniard was shot and killed by his neighbour in August, reportedly because his dog was barking.