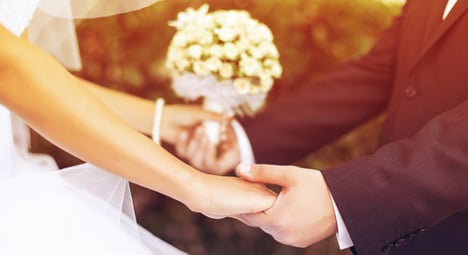 Social commentators ascribe the trend to a gloomy economic backdrop – Italy is now in its third recession in barely seven years – and chronic unemployment among the under 35s is seen as having forced many couples to delay getting married and setting up home together.

Some parts of the country have also been hit by a return to net emigration which may also have swayed the figures.

Italy already has one of the lowest birthrates in the world and the latest figures will only enhance the idea that the country, which also enjoys one of the highest figures for life expectancy, is headed for a demographic crunch.

In other signs of changing times, figures released by the national statistics institute (Istat) on Wednesday indicated that a higher proportion of couples who do get wed are opting for non-religious ceremonies.

A total of 18,273 – just under ten percent – of Italy's weddings last year involved an Italian and a foreigner. In 78 percent of these cases, the groom was Italian and the bride a foreigner and there was a one in two chance that she came from eastern Europe.