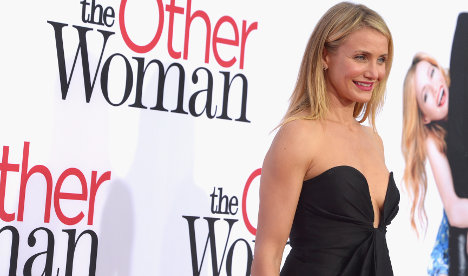 Actress Cameron Diaz at a screening of 'The Other Woman'. Photo: Jason Kempin/Getty Images North America/AFP

Writer Paolo Limiti accuses the studio of ripping off the plot of his 1999 novel "Bugiardo e incosciente" ("Liar and Fool"), his lawyer Daria Pesce said.

In the book, just like in the film, a woman discovers her boyfriend is married – and cheating on both his wife and lover with a third woman, at which point all three team up to find a way to exact revenge.

Pesce said the only difference was that the book was set in Italy, while the film plays out in the United States.

Limiti drew up a film script based on his novel in English in 2007 and had shown it to a series of American, Mexican and Spanish producers, he said.

There was no immediate comment from 20th Century Fox.