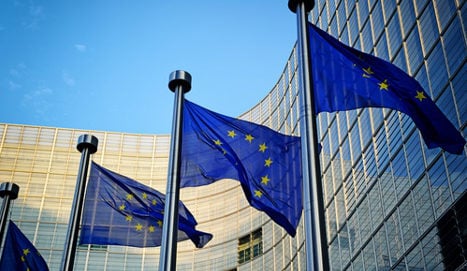 The EU will give Italy and France until next spring to implement tough reforms. European Commission photo: Shutterstock

The decision, to be approved by the European Commission later on Tuesday, risks angering an impatient Germany, frustrated with the slow pace of reform in Paris and Rome.

But the poor state of the eurozone economy – hit by high unemployment, looming deflation and moribund growth – has become a global worry.

Sounding an alarm, the OECD on Tuesday urged more flexibility in fiscal rules for struggling EU members like France and Italy to prevent another recession.

The Commission, the EU's executive branch, delivers official opinions on euro government budget plans under new powers given to Brussels during the eurozone debt crisis.

Last month, France and Italy barely avoided having their budgets humiliatingly sent back for serious breaches. France is set for a deficit of 4.3 percent of GDP in 2015, way above the EU ceiling of three percent.

The Commission was expected to deliver the detailed opinions next Thursday or Friday, but will now only give an initial verdict without getting into next steps, the EU source said.

According to the plans, the Commission will this week divide eurozone countries into groups, with France and Italy, but also Spain and Portugal, identified as non-compliant of the EU's budgetary rules.

But instead of launching a procedure to sanction the rule-breakers, the new Commission, led by Luxembourg's Jean Claude Juncker, will give the countries more time to modify their budgets for 2015.

The extra time put pressure on the embattled government of French President Francois Hollande to implement tough reforms that have only been announced for now.

It was these letters that won the few months of reprieve, the source said.

"We know that we need to reduce suspicion (towards France)," Valls told journalists last week.

"To achieve this, we need to enact reforms in the next weeks that shows that France has perfectly understood the world it lives in," he said.

In Brussels, deep divisions have emerged over how to handle the Paris government's failure to meet its commitments.

Germany's Commissioner Guenther Oettinger wrote an article Friday in which he criticised France for breaking the rules and failing to bring in reforms.

"It would not be credible to extend the deadline without asking for very clear, concrete steps in return," said Oettinger, who is a close ally of austerity-touting German Chancellor Angela Merkel.