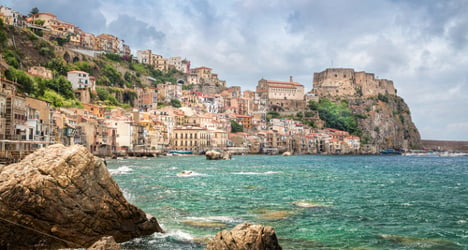 Italy’s poor Calabria region was set to be one of the key beneficiaries of EU funds between 2007 and 2013. Calabria photo: Shutterstock

At the end of August this year, Italy had spent just 43 percent of the available cash from the European Regional Development Fund (ERDF).

Italy’s impoverished Calabria region was set to be one of the key beneficiaries between 2007 and 2013, but has failed to make the most of its allocation.

A European Commission source told The Local that under-spending is “a chronic problem in Calabria”.

“Calabria is a region with a lot of difficulty absorbing EU funds, maybe they don’t have the capacity to handle the funds,” the source said.

Authorities need to prove where the money will go in order to claim funds from the European Commission.

The projects are decided upon locally, although the ERDF targets a number of priorities including support for small- and medium-sized enterprises (SMEs) and the low-carbon economy. Social inclusion was also an objective in Italy.

Earlier this year, the leader of the Five Star Movement (M5S), Beppe Grillo, told the EU to stop issuing funds to Italy and claimed the money ends up in criminal hands.

Regions such as Calabria are particularly risky as “there are mafia groups” there, Grillo said at the European Parliament in July.

Calabria is the heartland of the ‘Ndrangheta mafia, which has an estimated annual income of €44 billion.