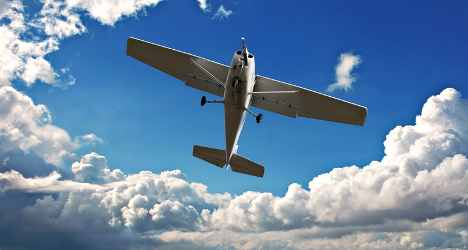 An investigation has been launched to determine the cause of the crash, which happened in good weather conditions. Plane photo: Shutterstock

Maurizio Primavera, 48, died when his aircraft crashed into a closed restaurant in Cirò Marina, a coastal town in southern Italy.

His 59-year-old passenger, Claudio Rende, is in a serious condition in hospital, Tgcom24 reported.

The pair had been flying over the town to drop flyers announcing the birthday of a local person, when the aircraft rapidly lost altitude.

It was spotted changing direction towards to the sea, but crashed before Primavera could make a safe landing.

The pilot was also a qualified flying instructor and flew across the region, Tgcom24 said.

An investigation has been launched to determine the cause of the crash, which happened in good weather conditions.