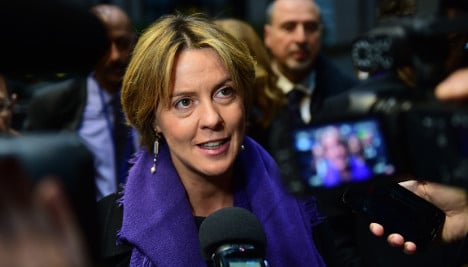 There have been 29,163 cases of HIV in Italy over the past nine years, with the highest number of infections – 4,098 – recorded in 2012, according to the HIV/Aids Surveillance Report.

Italy’s Health Minister Beatrice Lorenzin said that although many important steps have been taken in the fight against HIV and Aids, the spread of the virus is far from being defeated.

Speaking at the ‘Fighting against HIV/Aids ten years after the Dublin Declaration’ conference in Rome on Friday, she said that 84 percent of the new cases in Italy were due to unprotected sex, with an increasing number of “very young people” contracting the virus.

“Awareness about using protection seems to be falling at a time when information about the virus has increased exponentially: an increase which, in itself, does not lead to good information,” she said.

Despite advances in medical treatment and HIV prevention options, the HIV epidemic in Europe has shown no signs of slowing down, with 29,157 new cases diagnosed in the EU/European Economic Area last year, compared with 28,259 in 2004, the report said.

Almost half (47 percent) of the new cases in 2013 were diagnosed late, “indicating that testing rates are too low – especially among key populations at higher risk of infection.”

The highest number of cases were diagnosed in Eastern Europe, where 77 percent of all new infections were reported.

“The question is why we have not seen any significant progress in reducing HIV infections in the last ten years,” ECDC Director Marc Sprenger said in a statement.

“Looking at our data, we clearly see that across Europe the populations most at-risk of HIV infection are not reached effectively enough, particularly men who have sex with men.”

Sex between men is still the main mode of HIV transmission, accounting for 42 percent of newly diagnosed HIV infections in 2013.

“The number of HIV diagnoses among this group has increased by 33 pecent compared to 2004 – and has been going up in all but four countries,” Sprenger added.

“This is why prevention and control of HIV among men who have sex with men has to be a cornerstone of national HIV programmes across Europe.”

In contrast to HIV infections, the number of Aids cases in the EU/EEA has consistently declined during the last decade: the rate of reported Aids cases halved from 2.1 per 100 000 population (9, 455 cases) reported in 2004.

But Zsuzsanna Jakab, the World Health Organisation's regional director for Europe, said “Europe has not managed to reach the 2015 Millennium Development Goal target to halt and reverse the spread of HIV/Aids, and time is running out.

“While we are increasingly facing emerging health threats, this reminds us that we cannot afford dropping our guard on HIV/Aids.”

The figures came a few days ahead of World Aids Day, which is marked each year on December 1st.