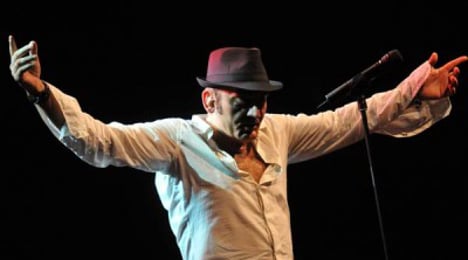 Giuseppe "Pino" Mango had just struck the opening bars of his hit song "Oro" when he collapsed from a heart attack. Photo: DarienFawkes/Wikicommons

Giovanni Mango, 75, is believed to have died from a heart attack on Monday, Rai News reported. Just a day earlier his 60-year-old brother, singer Giuseppe "Pino" Mango, died after collapsing on stage.

The musician was performing at Policoro, in his native southern Italy, when he was taken ill on Sunday evening.

He had just struck the opening bars of his hit song "Oro" when he raised an arm and said "excuse me" to the crowd before collapsing. He died later in hospital after suffering a heart attack.

Italian news agency Ansa described it as the "perfect stage exit for an artist."

Mango was married to another singer, Laura Valente, and the couple had two children together. His funeral will take place on Wednesday.

During his career Mango blended Mediterranean pop with world music and folk influences, recording three of his 23 albums in Spanish.

Below is the original music video for his hit Lei Verra from 1986: