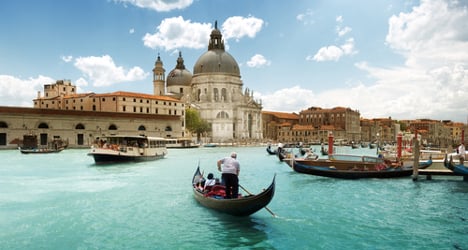 As of Sunday, it will take 4h 12min to travel between Venice and Rome's Fiumicino airport. Venice photo: Shutterstock

The move, announced on Tuesday, is potentially the first step in a plan to fully integrate the Fiumicino airport west of Rome into the country's extensive rail network and eliminate the need for travellers from other parts of Italy to change trains in the city centre.

As of Sunday, two trains a day will leave for Venice and two will arrive from the floating city, in what will be a 4h 12min trip.

A feasibility study on the infrastructural work needed to fully link the airport to the high-speed network, which would involve new terminal facilities and possibly new track around the capital, is due to be handed to the government before the end of the year by the rail network operator.

Announcing the Fiumicino plans, State Railways (FS) chief executive Michele Mario Elia said he expected privatization of the railway system to be completed by the first half of 2016.

Details of the privatization plan are still sketchy but the government confirmed last month that it wants to go ahead with a stock market listing of at least some parts of FS.

The state-owned body is a holding company that employs 70,000 people across several different businesses, including the train operator TrenItalia and the company that runs the rail network.