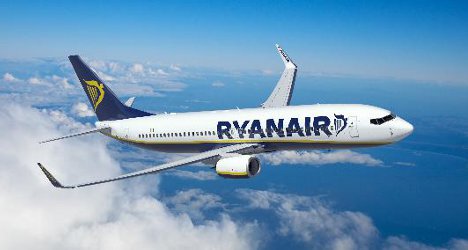 A total of 182 domestic and international Ryanair flights have been cancelled ahead of the strike. Photo: Ryanair

Ryanair has cancelled 182 domestic and international flights, with further cancellations and disruption expected, the company said in a statement on its website.

Some easyJet flights have also been cancelled, as air traffic controllers strike between 1.00pm and 5.00pm on Friday.

“Every airline flying to and from Italy, as well as those flying within Italian airspace, will be affected,” easyJet said in a statement.

The country’s flagship airline, Alitalia, has also preemptively cancelled flights. Intercontinental routes from Rome Fiumicino and Milan Malpensa airports will not be affected, the airline said.

Passengers have been advised to check their flight status before travelling, while journeys to and from Italian airports are also likely to be affected by the general strike.

Germany's national rail service Deutsche Bahn (DB) warned that train services to Italy, including routes to Venice, could be hit by the walkout.

Public transport will grind to a halt across Italy, as unionists strike against the Jobs Act billed by Prime Minister Matteo Renzi. The proposed reform will make it easier for employers to sack staff, a move the government says will create a flexible jobs market but unions argue will restrict workers rights.