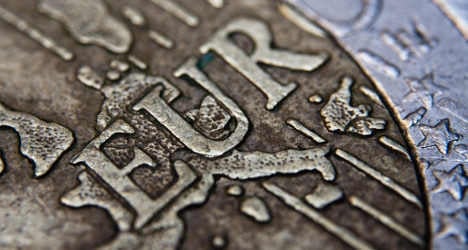 Northern League head Matteo Salvini – the rising star of an Italian right in disarray – told reporters: "We want to exit the euro."

He said he misses the days when Italy used the Lira as well as its galloping inflation rate which showed "people were working and consuming."

At the same time, the populist Five Star Movement announced plans to launch a petition on Saturday calling for a referendum on whether Italy should drop the euro, which it described as a currency developed for "Germany and financial oligarchies."

"On one hand the majority is led by the Democratic Party which is uninterested in the social butchery provoked by a common currency, and on the other Salvini criticises the euro but does nothing," the Five Star Movement said.

Omnipresent in the Italian media, Salvini seeks to transform his regional party into a national force with an anti-immigrant and anti-EU stance, similar  to Le Pen's National Front in France.

Salvini is a self-confessed fan of Le Pen, who has softened the hard-right image of her party and broadened its appeal as voters across Europe have turned to populist parties in a backlash against Brussels and the economic gloom engulfing much of the eurozone.

The populist anger against the EU was a key concern for the leaders of the Five Star Movement.

"The question is not whether we should exit the euro, but to leave it as soon as possible," said Beppe Grillo, whose movement which started off with a bang but has been stung by a string of recent defeats.

Meanwhile, the Northern League's leader said if his party came to power he would "review all the founding European Union treaties".

"The EU is trying to fix a system that is fundamentally flawed" and in "the hands of banks and financiers," he said. "Europe today cannot be reformed, it has to be knocked down and rebuilt from the ground up."

Salvini's party, which beat ex-premier Silvio Berlusconi's Forza Italia party for the first time in recent regional elections in Emilia-Romagna, plans to expand his movement to the south of Italy.

The Northern League also plans to put forth a proposal for a "flat tax" of 15 percent for all of Italy with the intention of spurring economic growth.

Salvini has personally backed chemical castration for rapists and the introduction a life sentence without the possibility of parole and rigorous application of immigration laws.