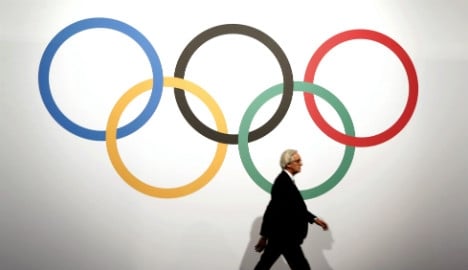 Italy became the first to announce a bid taking advantage of new International Olympic Committee rules allowing events to be staged in more than one city.

Speaking at the headquarters of the Italian Olympic Committee (Coni) during an end-of-year medals ceremony, Renzi said: “We are standing side by side with Coni because in September 2015 we will officially present our candidature to host the 2024 Olympic Games.”

The prime minister said Rome would be the centrepiece of the Games bid but that “all the cities, from Florence and Naples to Sardinia” could be involved.

“We don't intend to simply participate in the bidding process, this is a challenge we would like to win. We will do everything we can until 2017 when the final decision is made,” added Renzi.

The Italian capital, which last held the summer Games in 1960, shelved plans to bid for the 2020 event two years ago due to concerns over rising costs as the country battled an economic crisis. Turin held the Winter Olympics in 2006.

But with new rules passed by the IOC last week allowing countries to stage competitions across several cities, potential bidders are now able to spread the costs.

Renzi said he would put together an “organizational structure” that would be “committed to making sure Italy wins this match”.

He added: “Rome will be the centrepiece of the project, then it will be up to Coni to decide which other cities will be involved.”

Rome is the first city to officially announce it will bid for the 2024 Games, but the Eternal City can expect a tough competition. The US Olympic Committee is to decide this week between Los Angeles, San Francisco, Boston or Washington for a probable American bid.

The German Olympic Sports Confederation (DSOB) this month voted unanimously to bid to host the 2024 or 2028 Summer Games, with Berlin or Hamburg as the host city.

Paris is to decide in January whether to stage a bid and the Azerbaijan capital, Baku, and Doha – both beaten by Tokyo in the bid to host the 2020 Games – are potential candidates. South Africa could be represented by bids from Durban or a joint Johannesburg-Pretoria bid.

Cities must make applications by September 15th next year. The IOC will choose a final list of candidate cities in May 2016 and make a final decision at a congress in Lima in mid 2017.

The IOC last week passed a raft of reforms to make hosting the Games a more attractive and more affordable for bidding countries. The changes allow the Games to be hosted by two cities, or two countries. The cost of bidding will also be cut.

IOC President Thomas Bach called the new rules “historic” and “a major step forward in the organization of the Olympic Games.”

The 2014 Winter Games in Sochi cost Russia an estimated $50 billion (€40 billion) and IOC members believe the spiralling costs have put many countries off hosting the four-yearly showpiece.

Earlier this year Norway, Stockholm, Krakow and Lviv all pulled out of the running to host the 2022 winter Olympics, leaving just Beijing and Almaty in the running.