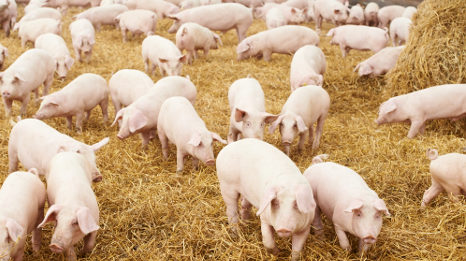 The burglars were scared off by grunting pigs. Pigs photo: Shutterstock

Three people entered the farm in Montoro, in the province of Avellino, with a plan to steal the animals but grunts from the pigs’ pen soon alerted the farm’s owner, Il Mattino reported.

The trio were scared off and fled, but were later traced by police and detained for attempted theft. They have also been banned from returning to Montoro.

Il Mattino surmised that the trio, aged 40, 44 and 30, and from Salerno, may have wanted to use the pigs' meat in festive sausages.

Cattle theft, or rustling, has soared recently in the UK and is thought to have been fuelled by a hike in meat prices.

The financial crisis has also led to a rise in cattle theft in Italy. Data from 2009 said an estimated 100,000 animals are stolen each year, with a value of €206 million.

Livestock rustling used to be a specific crime in Italy, but is now considered a common theft.