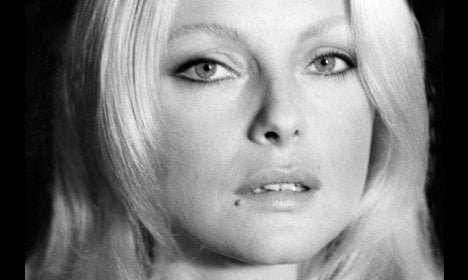 Virna Lisi made nearly 80 films during her career. Photo: stringer/AFP

Italian media quoted her son as saying that Lisi had passed away peacefully in her sleep on Wednesday, a month after being diagnosed with an incurable illness.

Born in Ancona in 1936, she was an established cinema and theatre actress before Hollywood producers looking for a new Marilyn Monroe came calling in the mid-1960s.

With Jack Lemmon she made How to Murder Your Wife in 1965 and followed up by starring alongside Tony Curtis in Not with my Wife, You Don't, and with Sinatra in Assault on a Queen the following year.

Reluctant to be restricted to love-interest roles based on her looks, she turned down the sexy part taken by Jane Fonda in Roger Vadim's Barbarella (1968) and moved back to Europe after only three years of a seven-year contract with Paramount studios.

While in Hollywood, she maintained a parallel career in European cinema, notably playing a lead role in The Birds, the Bees and the Italians, which shared the top prize, the Palme d'Or, at the Cannes film festival in 1966.

After taking a break from acting in the early 1970s, Lisi successfully reinvented herself as a character actress with a broad range. Her portrayal of Catherine de' Medici in La Reine Margot (1994) saw her pick up both a French Cesar and the best actress award at Cannes.

She also worked extensively in television and made the last of her nearly 80 films, Il Piu Bel Giorno Della Mia Vita, in 2002.

She is survived by her son Corrado Pesci and three grandchildren. Her husband of 53 years, the architect Franco Pesci, died in 2013.