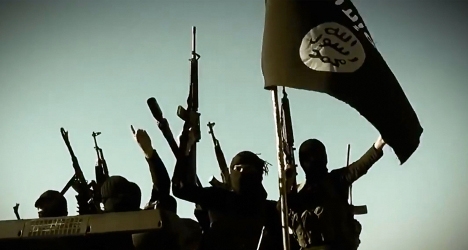 Prosecutors in Palermo have opened an investigation into the possible infiltration of Isis among boat migrants arriving in Sicily. Photo: al-Furqan Media/AFP

The probe was launched following a warning of a possible risk from Italy’s secret service, the Palermo edition of Corriere reported.

Those suspected of being involved with Isis, or other terrorist groups, are among the thousands who have arrived from Syria and Libya in recent months, the newspaper said.

Some of the suspects have moved on to other countries in Europe, while others could still be in Italy, the report added.

Italy stepped up security in September following threats from the extremist group, with Interior Minister Angelino Alfano saying that the threat posed by Isis is equal to that of terrorist organization al-Qaeda after the September 11th attacks against the US in 2001.

At the time, however, he said that the intelligence services had not registered evidence of Isis plots against Italy.

He also said that while surveillance on migrant boats is very high, intelligence did not point to a risk of terrorism.

Nevertheless, border controls were reinforced, "to avoid the risk that Italy becomes the entry gate" for jihadists attacking Europe.

Over 150,000 boat migrants have arrived in Italy this year, according to the most recent figures in October.