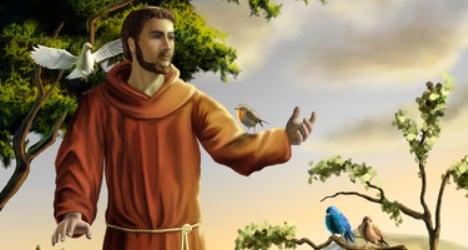 Italy's Panorama magazine said the 800-year-old order had invested tens of millions of euros in suspect firms currently under investigation in Switzerland for dodgy practices.

The Italian press has also questioned the order's financial wisdom in spending millions of euros on renovating Il Cantico, a luxury hotel it owns in Rome.

In a rare open letter, the American head of the order, Michael Perry, admitted the situation was "grave."

"The General Curia finds itself in grave, and I underscore 'grave' financial difficulty, with a significant burden of debt," he said.

"The matter involves our financial stability and the patrimony of the Order," he wrote in a rare open letter that appeals for financial support from "all Provincials and Custodes."

"While our first concern has and remains verifying the nature, extent, and impact of what has occurred, we also recognize the significant role that external actors, people who are not members of the Order, have played in creating this grave situation."

The letter describes an investigation that was launched in September into accounts dating back to 2003. A general treasurer has resigned since then.

The Franciscan order is present in 110 countries and includes 13,600 friars worldwide.