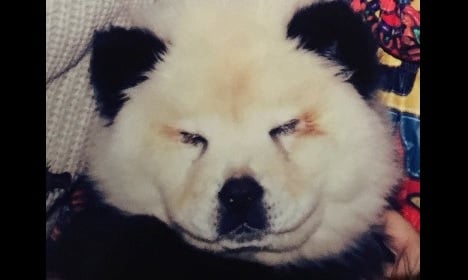 The male and female dogs were seized by police after it became clear that they were not, in fact, pandas.

To an unassuming child visiting the circus in Brescia, a small furry animal with white and black stripes may do the trick.

But The Local readers may notice a distinct difference. Here is a real panda:

And here are the dogs-in-disguise:

The police were not fooled, who said the dogs were put on display ahead of the circus show. Children posed for photos with the animals, paying a fee for the “panda” privilege.

Police moved in on animal cruelty grounds and the circus owner is facing charges over the animals’ false passports. The chow chows were imported from Hungary and were six months younger than documents stated, police said.

The circus owner could also be caught for cheating his customers out of cash.