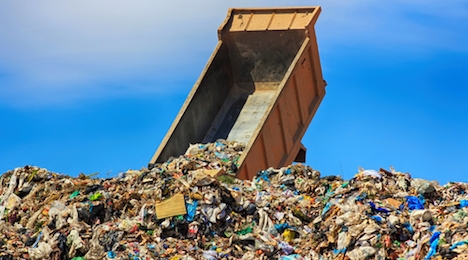 After years of problems with waste disposal, the Italian island of Sicily has signed a deal to send a significant portion of its increasing piles of trash to Austria for processing.

Sicilian media reported that hundreds of tonnes of garbage will be transferred by ship and train to Austria during 2015, for disposal by specialized waste treatment plants in the central-European country.

The Sicilian Regional Assembly received the green light from Rome for this option, despite criticism by local media for the expected tax hikes required to pay for the transport and processing.

Rosario Crocetta, the former communist and openly-gay president of the regional assembly of Sicily, pushed through the proposals in the face of opposition from the leftist SEL party, which accused the president of failing to properly address the island's mounting environmental problems.

Crocetta became president after achieving a strong anti-Mafia reputation, and has persevered in driving an anti-corruption program, despite several attempts on his life.

Italy exports 311,000 tonnes of household and industrial waste annually, of which the largest portion (23 percent, or 71,000 tonnes) is exported to Austria, according to the Italian Research Centre ISPRA.

Italy has traditionally had severe problems with the toxic effects of improper waste management, especially in places where the Mafia was involved, such as Naples and Sicily.