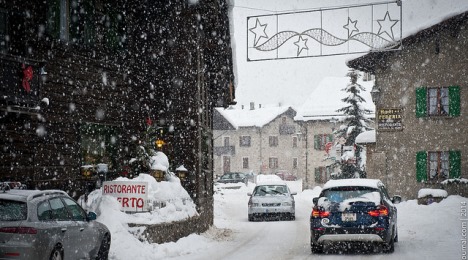 Skiers delighted as snow swept across the slopes in northern Italy, while many of the country’s cities were also blanketed.

Milan’s cathedral was sprinkled in snowflakes, while further south the Bologna area was also hit.

A weather warning was issued for Rome’s Lazio region on Sunday, as snow reached neighbouring Abruzzo.

Italy’s islands haven’t escaped the cold snap, with snow also recorded in Sardinia. Capri and the Aeolian Islands, north of Sicily, were under a weather warning on Monday, Rai News reported.

Icy temperatures are due to continue across Italy this week, dropping to -10C in some parts of northern Italy.

Milan was forecast to see highs of 4C on Monday, while the mercury in Rome would rise to 7C before plunging to -1C at night.