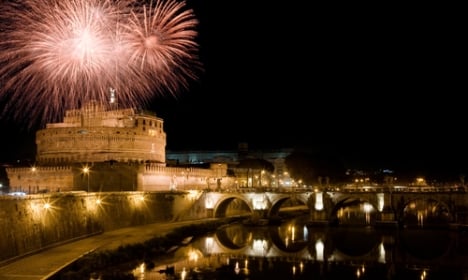 A total of 700kg were seized from a 72-year-old owner of a toy shop in the Italian capital, who was selling fireworks without the correct license.

In doing so he “put his safety and that of his customers at serious risk,” police said in a statement on Monday.

A further 200kg were discovered in a shop owned by a 50-year-old man who had already been reported to the police for selling fireworks illegally. Both men were released on bail, police said.

The authorities stepped up controls ahead of New Year’s Eve on Wednesday, as scores of people each year are hurt by fireworks in Italy.

Last year, 23 people were injured in Rome, while 50 were hurt around Naples including a man who lost an eye. The number was however lower than the previous year, when two people were killed and 361 injured.