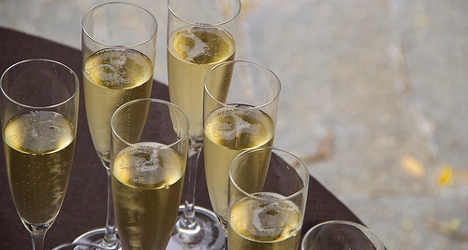 Some 170 million bottles, mainly Prosecco, were shipped abroad during the first nine months of this year, a rise of 24 percent compared to the same period last year.

Most of the demand came from China, where the number of bottles imported almost doubled compared to 2013.

Italian bubbly remains the tipple of choice among the British, with the UK being the top importer of spumante.

Exports there rose 49 percent this year, followed by the US with 21 percent.

But despite the overseas boom, sparkling wine sales in Italy have slowed this year.

Still, an estimated 50 million bottles will be popped to celebrate the arrival of the New Year.

Sales of Italy's sparkling wine have been rising abroad in recent years as the credit crunch knocked the bubbles out of France's pricier Champagne.