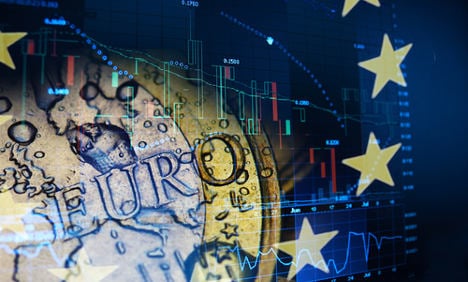 The yield on France's 10-year debt hit 0.812 percent, while the Spanish 10-year bond traded at 1.541 percent and the Italian at 1.819 percent – beating previous records set on Tuesday.

The yield on the German 10-year bond – seen as the benchmark for European debt – also came within a whisker of its previous record of 0.535 percent, as yields fell to 0.536 percent.

Trading volumes were thin as many investors took an extended break after the New Year holiday, possibly distorting the moves.

However, those that were trading were looking towards possible new ECB moves to ward off deflation after comments by the central bank's chief Mario Draghi.

Draghi told German business daily Handelsblatt that the risk of deflation in the eurozone was "not excluded" although was likely to be "limited".

Analysts took this to mean that the ECB could announce as soon as January 22nd new measures to buy sovereign bonds – a form of quantative easing already tried by central banks in the United States, Britain and Japan.

Such a move would likely further push down the yields of the main sovereign bonds in the eurozone.

Also helping drive down yields was a general risk aversion on the part of investors amid a fresh political crisis in Greece.

At times of uncertainty, traders prefer to park money in the relatively safe haven of sovereign bonds rather than play the riskier stock market.

The difficult political situation in Greece – which has been forced into an early election later this month after parliament failed to choose a new president – saw its yields soar to over 9.0 percent on Monday when the poll was announced.