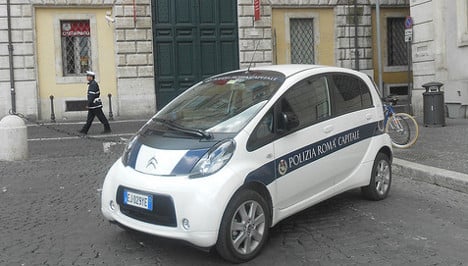 835 Rome police officers who were due to work on New Year's Eve called in sick. Photo: Denis Bocquet

In the latest embarrassment to strike the scandal-ridden city, it was reported that 835 – or 83.5 percent of Rome’s municipal police scheduled to work – called in sick on one of the most hectic nights of the year when the city’s streets and piazzas were filled with 600,000 partygoers from around the world.

Prime Minister Matteo Renzi tweeted his disgust, saying this is why employment laws needed to be changed with a #Buon2015 (Happy2015) hashtag.

“I read that 83 out of 100 Rome police did not work due to 'illness' on December 31st,” he tweeted on Friday. “This is why we are changing government employment laws in 2015.”

Public service minister Marianna Madia warned that disciplinary action may be taken against the officers who had failed to show up on New Year's Eve. In a post on her Twitter feed, she said the incident was being investigated.

She also stressed that government reforms of the civil service were well underway and would not be stopped.

Rome’s Mayor Ignazio Marino said the council was grateful that New Year celebrations had been so successful and stressed he was doing everything possible to verify who was responsible for what had occurred.

“They did not succeed in ruining the city’s party,” Marino said in a Facebook post. “But those who with their unjustifiable absences tried to ruin everything, have to be held to account.”

Deputy mayor Luigi Nieri said an internal investigation was being conducted. “In a short time we will have the results on which to decide if there is a legal case to answer,” he said.

But the absence of the police appears to be part of a larger dispute within the council about staffing and conditions.

Stefano Giannini, secretary of the union which represents the police, defended his members saying there was a serious shortage and the police had been expected to work overtime on New Years Eve to cover gaps.

He said management had to take more responsibility for what had occurred.