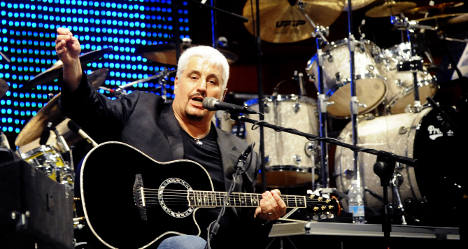 A native of Naples, he bought its traditional song to music-lovers countrywide, blending Neapolitan music with jazz, rock and blues.

"I still have his music in my ears, from New Year's Eve," said Prime Minister Matteo Renzi.

"Pino Daniele is dead but his music is eternal," tweeted Naples Mayor Luigi de Magistris, saying he would proclaim a day of mourning the day of his funeral.

Watch a memorial held for the singer in Naples: