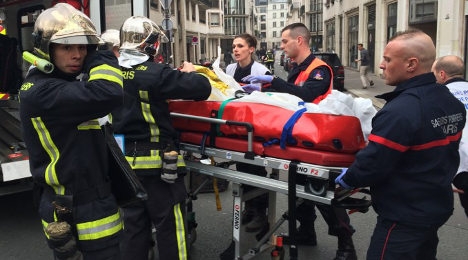 One of the victims of the shooting at Charlie Hebdo is taken away in an ambulance. Photo: AFP

Turning to Twitter, Renzi said: “Horror and dismay for the massacre in Paris, thoughts with [French President Francois] Hollande in this terrible moment, violence will always lose against freedom.”

The Italian prime minister’s reaction of shock followed that of Foreign Minister Paolo Gentiloni, who described the deadly shooting as “dreadful”.

“A dreadful attack at Charlie Hebdo. Italy’s thoughts are with the families of the victims and the people and the French government in the fight against terror,” he wrote on Twitter.

The French capital was under the highest terror alert on Wednesday afternoon after the gunmen fled the scene following a shootout with police.

PARTNER CONTENT
The future of work: How can we prepare our children for the world of 2032?
Url copied to clipboard!