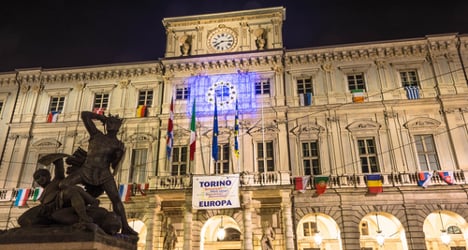 “It all went really well. We’ve been here for a year and a half and we’re very happy,” Antony Guadagnuolo, the manager for Italy at Creditsafe, a business credit reporting company which recently expanded into Italy, told The Local.

His enthusiasm stands at odds with the picture often painted by foreigners trying to invest in Italy.

Crippling bureaucracy, an alarmingly slow justice system and poor English skills among Italians are just some common complaints, not to mention the current state of Italy’s finances.

It’s been three years since economist Mario Monti stepped in to save the Italian economy from collapse. Yet despite the reform efforts of “super Mario” and two subsequent prime ministers, 2014 was Italy’s third year of recession in six years.

Despite this, Guadagnuolo says he came to Italy “because it remains a very important country.”

He launched the firm’s Italy operations in 2013 after moving from his native France, picking Turin for the company’s headquarters.

“In Turin we found the right spirit for our work environment,” says Guadagnuolo.

As music blares from the office floor, he praises the “young and dynamic” workforce he was able to recruit in Italy’s north-west.

“I think the government is working to put people in the world of work. The province gave us a hand with hiring people,” he says. CreditSafe currently has 60 staff in Turin, with plans for numbers to reach 300 within four years.

While the company targeted the under-30s in its recruitment drive, across the country young Italians are facing rising unemployment. The youth jobless rate in Italy hit 43.3 percent in October, while overall unemployment rose to 13.2 percent.

The government in December passed a reforms package, known as the Jobs Act, which seeks to improve young people’s work prospects, by making it easier for companies to hire and fire employees.

Creating a more flexible labour market is a key way to attracting business from abroad, along with tax breaks, according to Turin councillor Stefano Lo Russo.

Charged with attracting foreign investors to the city, he says Italy needs to change its bad reputation overseas.

Turin lead the way this year with an international tour to promote the city, taking in Chicago, New York and London. City hall also looked east – to Moscow, Hong Kong and Shanghai – to new sources of investment.

While many see Italy’s main assets as food and fashion, Lo Rosso has been marketing Turin “as a university city and a research and development centre”.

This is despite the city’s academic institutions being missed off global rankings and Italy spending just 1.25 percent of its 2013 budget on research and development. This is far lower than the 2.02 percent average across the EU, a point often raised by cash-strapped professors.

But Lo Rosso is adamant that academia and research remain key elements of Turin’s investment strategy, along with urban development.

The city may not have the financial clout of Milan or boast the status of capital, but through careful management it is becoming an appealing option for foreigners.

City hall is currently bringing over 300 local councils together to make local government more efficient. Attracting investments in the financial and manufacturing sectors are also on the agenda.

Despite emigration from Italy hitting a ten-year high in 2013, Lo Rosso is determined to reverse the trend and make Turin an appealing place for “talented people”. Immigration will “support the local economy and strengthen its international dimension,” he says.

Turin’s Piedmont region is already leading in this area, being named the best place in Italy for integrating immigrants in 2013.

Guadagnuolo is just one beneficiary, saying his move to Italy was made all the easier thanks to support from the regional authorities and the Piemonte Agency for Investments, Export and Tourism.

“We haven’t had particular difficulties,” he says, unable to pinpoint any barriers to investing in Italy.

Lo Rosso remains brimming with ideas of how Turin’s enthusiasm can be backed by Rome. Small and medium-sized businesses should receive “customized support” to work with multinationals, he says, while entrepreneurs should also be given more help.

“The government should help significantly by giving the image of a country fully committed to supporting new investments,” Lo Russo says.