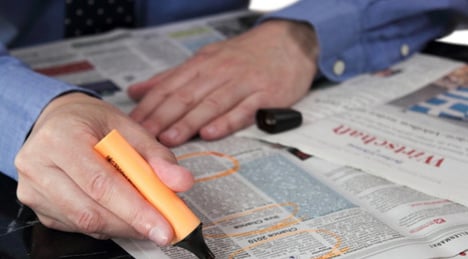 As Italy’s government pushes ahead with reforms intended to give employers more flexibility with hiring, Istat said the rate is the highest since monthly record-keeping began in January 2004 and since 1977, when the agency started giving quarterly figures.

Young people in Italy continue to be the hardest hit, with the jobless rate among those aged 15-24 climbing 0.6 percent to 43.9 percent in November.

The figures were just the latest bad news to hit Italy, which is battling to pull itself clear of the longest economic downturn since the Second World War.

Italy's relentless downturn is fuelling criticism of Prime Minister Matteo Renzi, whose efforts to rekindle growth have led to clashes with the unions.

He was accused at the weekend of trying to push through measures it was claimed could lead to the annulment of a former premier Silvio Berlusconi's 2012 tax fraud conviction.

Renzi later said the tax law reform would be put on hold until Berlusconi, 78, has finished serving his community sentence.

But suspicions lingered that the premier was looking to favour Berlusconi in the hope of securing the billionaire's support for future reforms.

The bill presented included a measure that would ease or scrap punishment for those convicted of tax crimes where the amount in question was only a small percentage of their total taxable income.

Critics fear such a measure could see Berlusconi return to the political scene in a bid to seek protection from his other legal woes, including charges that he bribed a senator to swap sides in parliament and paid off a pimp to give false testimony about prostitutes his parties.