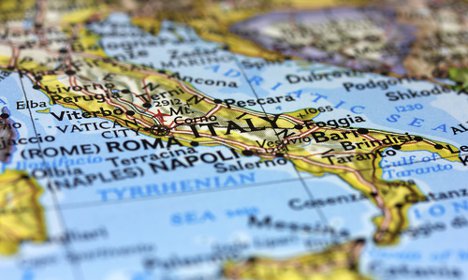 Within the broad narrative of the economic crisis, the increase in immigration and the classic view of the bel paese, it's all too easy to misunderstand Italy.

We delved into the number banks at the country's and world's top institutions, drawing out the figures to help explain what Italian life is like today.

Homelessness is worst in the north-west

Despite being a wealthy corner of the country, Italy’s north-west has a higher proportion of homeless people. Across Italy 0.20 percent of the population are homeless, although this rises to 0.35 percent in the north-west. In the poorer south the figure is just 0.10 percent.

The latest figures date to 2011, when Istat said 47,648 people used services for the homeless in Italy. The last majority (86.9 percent) are men and more than half are under 45.

The numbers are hard to verify, however, as an EU report said that definitions of homelessness vary across the country.

SEE ALSO: Eight countries in stats: from Spain to Sweden

2013 saw 4.9 million Italians claimed unemployment benefits from the state, up from 4.3 million in 2012. There are however so many different types of jobless funds some people may have been counted twice, Italy’s National Social Security Institute (INPS) warned in its annual report.

While one form of benefit was scrapped at the end of 2012, affecting 6,116 people, two new benefits were introduced in 2013 which were taken up by a combined 1.3 million.

The increasing number of people claiming unemployment benefits reflects the worsening employment situation in Italy. The unemployment rate hit 13.4 percent in November, up by 0.2 percent on the previous month. During the same period youth unemployment jumped from 43.3 to 43.9 percent.

Wages are going up, but not enough

Workers in Italy are also earning considerably less than their European counterparts. By the above measure, the average EU wage in 2012 was €22,615, more than €2,000 more than Italians.

Italy is gradually becoming a more equal country economically, according to the World Bank’s Gini index.

Only eight percent of Italy residents are foreign

There are just under five million foreign residents in Italy, making up little over eight percent of the population. The most popular region is Lombardy, which 1.1 million foreigners called home in 2013, figures from statistics agency Istat show.

The numbers risk being skewed, however, by the inclusion of all children born in Italy to foreign parents. By some country’s calculations these children – who in Italy cannot apply for citizenship until they turn 18 – would be counted as nationals.

Italy is getting safer

Crime rates are falling in Italy, with an overall drop of 0.3 percent between 2009 and 2010, according to government figures.

The EU puts Italy’s murder rate at 1.03 between 2008 and 2010, relatively low when compared to other European countries. Of the 526 intentional homicides registered in 2010, there were 69 mafia murders and 35 people killed during a robbery or theft.

The majority of women don’t work

Italy is one of the worst countries in Europe for getting women into the workplace. Second to last after Malta out of the EU’s 28 countries, to be precise.

Just 39 percent of women were part of the Italian workforce in 2012, an improvement of one percentage point on the previous two years, according to World Bank data. This puts Italy on a par with Bahrain and falling behind Niger and Suriname, both on 40 percent.

By taking a look at Italy’s male prime minister, male president and male opposition leaders, it’s not hard to guess that the situation is worse when it comes to politics. Just 31.4 percent of Italy’s MPs are female, while women take up only 29.0 percent of Senate seats in Rome, based on figures from the Inter-Parliamentary Union (IPU).

Italy’s birth rate has been falling for decades, reaching 1.43 in 2012. This is a significant drop from 1960, when the number of babies born to each woman averaged out at 2.37 percent.

While this follows a European trend, alarm bells have been rung in Italy over the country’s ageing population. The government in 2014 tried to encourage couples to start a family, by offering a €80 “baby bonus”.

SEE ALSO: Births in Southern Italy at lowest rate since 1861

Cancer patients are increasingly likely to live through the disease, with five-year survival rates up between 2005 and 2009, The Lancet medical journal found.

Italy saw survival rate of prostate cancer patients reach 89.7 percent, up from 79.1 percent a decade earlier. There were also improvements for a number of other cancers, including breast and lung.

The latter however remains the most deadly cancer in Italy, causing 20.1 percent of all cancer deaths in 2011 according to EU figures. Colon cancer accounted for 11.4 percent of deaths, followed by breast cancer with 7.2 percent.

More Italians say no to nuptials

Fewer Italians are getting married, with the number of nuptials falling to a record low of 3.3 per 1,000 people in 2013. Couples in Italy were more than twice as likely to wed in 1960 than in 2013, with a rate of 7.7 at the start of the swinging sixties.

Italians are also turning away from church weddings, with the share of civil ceremonies up from 36.8 to 43.1 percent over the past five years.

READ MORE: Italians fall out of love with marriage