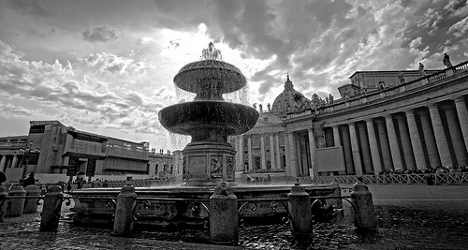 A report on Israeli State television said the Vatican could be the next target following deadly attacks by Islamist militants in France last week. Photo: Sneaker Dog

As world leaders gathered in Paris on Sunday for an anti-terrorism rally, Israeli State television reported that US intelligence services had warned the Vatican that it could be next on the target list.

Parente, who heads up the elite Digos police force, was quoted by Ansa as saying that while there was no confirmation of any threat to the Vatican, “the level of alert is at the maximum”.

Italy’s Interior Minister Angelino Alfano also said on Monday that there had been no confirmed evidence of the report but stressed that the tiny city-state is on high alert, especially following persisent threats from the Isis militant group.

Rome has also been singled out by the extremists as a target.

In November, an audio message purporting to be from Isis leader Abu Bakr al-Baghdadi, in which he said the militant group’s “advance on Rome” will not be stopped, was released by al-Furqan media, a jihadi site.

A month earlier, the group published a photo of its flag superimposed on the obelisk in St Peter’s square on the front cover of its propaganda magazine, ‘Dabiq’.

Parente said that security has also been strengthened in Rome’s Jewish quarter and at the city’s Jewish schools.

In France, a record 7,000 Jews fled for Israel in 2014 amid growing tensions and many have been left traumatized after four people were shot dead in a Parisian Kosher supermarket on Friday.

READ MORE HERE: Can France blame Jews if they seek to leave?

Security has also been boosted at other “sensitive places” in Rome in the wake of the attacks, including embassies, monuments, places of worship and offices of media organizations.