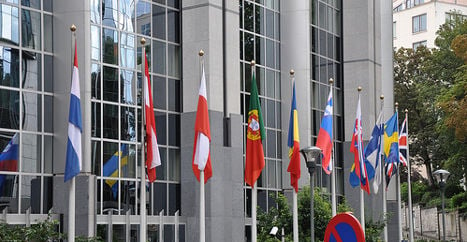 The EU has signalled it would show leniency to overspending member states including Italy. Photo: Francisco Antunes

Eurozone ministers last month approved an extra three months for France, Italy and Belgium to fix their bloated budgets, but warned they could still face sanctions if they fail to take action.

But in a sign that Rome and Paris may avoid penalties, the EU's top economic officials offered the countries unprecedented wiggle room, even as they insisted the regulations remained essentially unchanged.

Valdis Dombrovskis, the European Commission's vice president for the euro, said countries that obeyed the rules "can then enjoy bigger flexibility".

"We are clarifying how we will implement the existing rules of the pact: we are not changing or replacing the rules," he told a press conference at the European Parliament in Strasbourg.

Dombrovskis was referring to the Stability and Growth Pact, the complex set of EU rules that were signficantly tightened in the aftermath of the eurozone debt crisis in order to prevent a repeat.

The pact, cherished by powerful Germany, includes strict but often broken limits on running up deficits and public debt, along with the possibility of penalties for rule-breaking nations.

"The idea is to reach a more intelligent interpretation of the pact," said Economics Affairs Commissioner Pierre Moscovici.

The new more flexible approach allows indebted countries like Italy, which have deficits exceeding the limit of three percent of gross domestic product, to ease up on austerity measures if investment and a commitment to reform are proven.

France, with a deficit persistently higher than three percent, will not enjoy this flexibilty but will win more time to cut back to the limit if reform plans are clearly spelled out and benchmarks are hit.

At the heart of the problem for France is the country's effort to cut the structural deficit that Brussels says is insufficient.

The new reading of EU rules is a fresh effort to get them back in line without resorting to humiliating penalties, or the type of close scrutiny imposed on troubled Greece, Portugal and Spain at the height of the eurozone crisis.

"Europe is moving away from blind austerity. We can now use the Stability and Growth Pact and the fiscal treaty in a smarter way," said Gianni Pittella, the head of the Socialists group in the European Parliament.