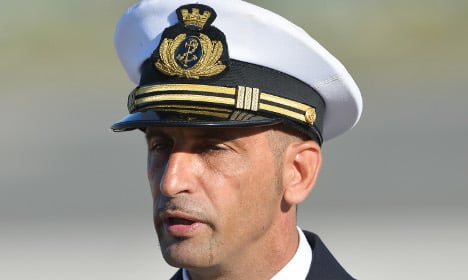 India's Supreme Court had originally refused to extend Massimiliano Latorre's leave after allowing him to spend four months in Italy to recover from cerebral ischaemia – a restricted blood supply that can lead to a stroke.

Latorre was due to return to India in January, but his lawyers approached the court in Delhi again this month seeking an extension, saying the 47-year-old marine had now undergone heart surgery.

"Considering the fact that the Union of India (government) has no objection, the time is granted to Latorre to return to India. An extension of three months' time is given," justice Anil R. Dave said.

Dave added that the Italian ambassador to India would have to sign a document assuring that Latorre would fly back in April.

Girone is living at Italy's embassy in Delhi.

Italy says the pair should be tried on home soil since the shootings involved an Italian-flagged vessel in what it insists were international waters.

Rome last month threatened to withdraw its ambassador from India after the court rejected the appeal over the leave.