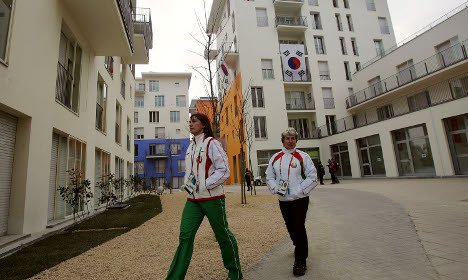 The move to evict refugees and immigrant families follows recent tension and some violence in the former Olympic village, in southern Turin, La Repubblica reported on Wednesday.

Prosecutor Paolo Borgna subsequently requested the accommodation be cleared, with the decision filed by Judge Luisa Ferracane, the newspaper said.

The measure gives police the right to evict the occupants, although the go-ahead must first be given by Turin’s committee for public order and security.

While the date for evictions has not yet been set, the decision was welcomed by the far-right Brothers of Italy (Fratelli d’Italia) party.

“City hall accepts its responsibility working towards the removal of the so-called occupying refugees,” Maurizio Marrone, the party’s leader at city hall, was quoted as saying.

Such a move gives voices to citizens’ concerns over “intimidation by the squatters and the militarization of the neighbourhood by the police force,” he said.

But Aboubakar Soumahoro, from the USB workers union, said the refugees should be allowed to stay in the buildings.

“We are not talking about tourists but people who have fled from a war.

“The only solution is to remain in the ex-Moi (Olympic village) and to not accept the eviction. In this way we won’t respond to the provocations of those who look and want to exploit our situation,” he was quoted as saying.