Weeks before Napolitano resigned, speculation began over who will replace the 89-year-old president.

There was excitement in some quarters that Italian politicians may cast aside the old guard and pick a young outsider to be head of state. They might even elect the country’s first female president, some mused.

Such hopes, however, faded this week, with Italian media citing a string of familiar faces as likely candidates to take over from Napolitano.

This has little to do with national opinion polls – the president is decided upon by politicians alone – although it does give an indication of the way the vote could go.

With elections due to start on January 29th, we’ve picked out a few of the numerous names said to be thrown in the hat.

Piero Fassino has since 2011 served as the mayor of Turin, his home city where he first became a councillor in 1975.

Fassino, 65, entered the national political scene in 1994 when he was elected to parliament. He went on to serve as undersecretary for foreign affairs, minister of foreign trade and justice minister.

A lawyer from the Sicilian capital Palermo, Sergio Mattarella (above right) is currently a judge at Italy’s Constitutional Court. He has also had a length political career, as education minister, defence minister and vice president of parliament. At 73, he is one of the older potential candidates.

Romano Prodi has twice been prime minister of Italy, from 1996 to 1998 and then for another two-year term a decade later.

Hailing from central Italy’s Emilia-Romagna region, the 75-year-old gained an international reputation as president of the European Commission from 1999 to 2004. He has also held ministerial posts and taught at universities in Italy and abroad.

At 59, Walter Veltroni is – relatively speaking – a spring chicken in the presidential race. Born in Rome, he was elected to the city council in 1976 and between 2001 and 2008 held the mayoral seat.

Between stints at city hall Veltroni was elected as an MP and MEP, as well as being culture minister and vice president of parliament. He additionally worked as a journalist during the 1990s.

Ignazio Visco is a lifelong economist, having joined the Bank of Italy in 1972 and risen through the ranks to become governor. In his current role he is regularly involved in financial decision-making at European and international levels.

Born in Naples, 65-year-old Visco has a degree from Rome’s Sapienza University and an MA and PhD from the University of Pennsylvania in the US.

The list of possible candidates goes on, with possible presidents not named above including Dario Franceschini, culture minister, and Foreign Minister Paolo Gentiloni.

Others have already ruled themselves out, including Mario Draghi, head of the European Central Bank, and former foreign minister Emma Bonino, who recently announced she was suffering from a lung tumour.

Watch a video of Italians’ view of the race for the Quirinale: 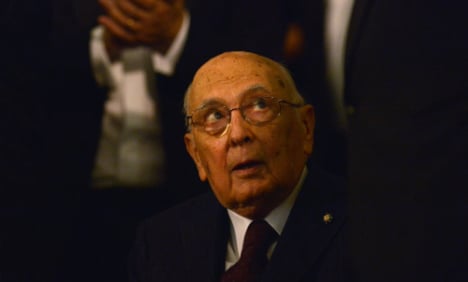